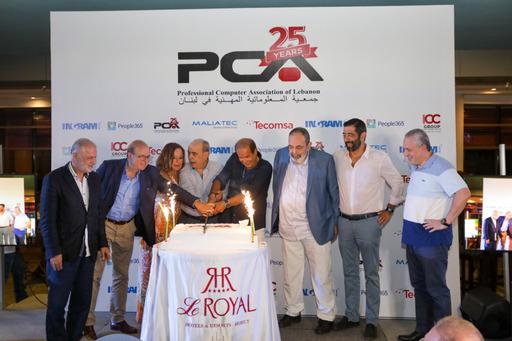 Moukarzel gave a speech on the occasion, in which he enumerated the projects that have been completed during the past three years, and the future projects of the association, including preparing for a workshop in Dubai under the auspices of the Lebanese Embassy in the United Arab Emirates, on October 12, and participating in a Lebanese pavilion in the MENA ICT Forum to be held in the Dead Sea in Jordan.

In conclusion, a cake was cut in an atmosphere of intimacy and joy among the audience.