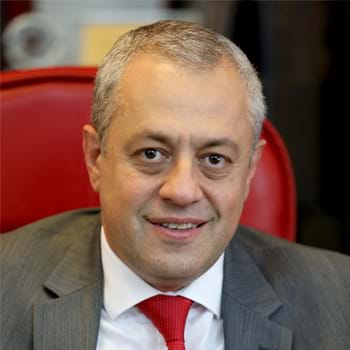 Jean Haddad is the General Manager of Teletrade Holding Group, home to eight information technology and telecommunication firms including Teletrade Computer Systems, Evolution Technologies, Multimedia Megastore, Securatel, Distinet, Renew, Teletrade Service Center and Teletrade Qatar. After earning his BE in Electrical Engineering from the American University of Beirut (AUB) in 1993, he worked at the Pan Arab Computer Center as a technical manager before going on to establish Teletrade Computer Systems in 1993. The company currently ranks as a market leader in the SMB sector. He is an active Board member of the PCA and member of several other associations such as the American Lebanese Chamber of Commerce, AUB Alumni Association, Lebanese Dutch Association, Lebanese German Business Council, Lion’s Club and member of the board of the Mont La Salle Old Scholars Association.