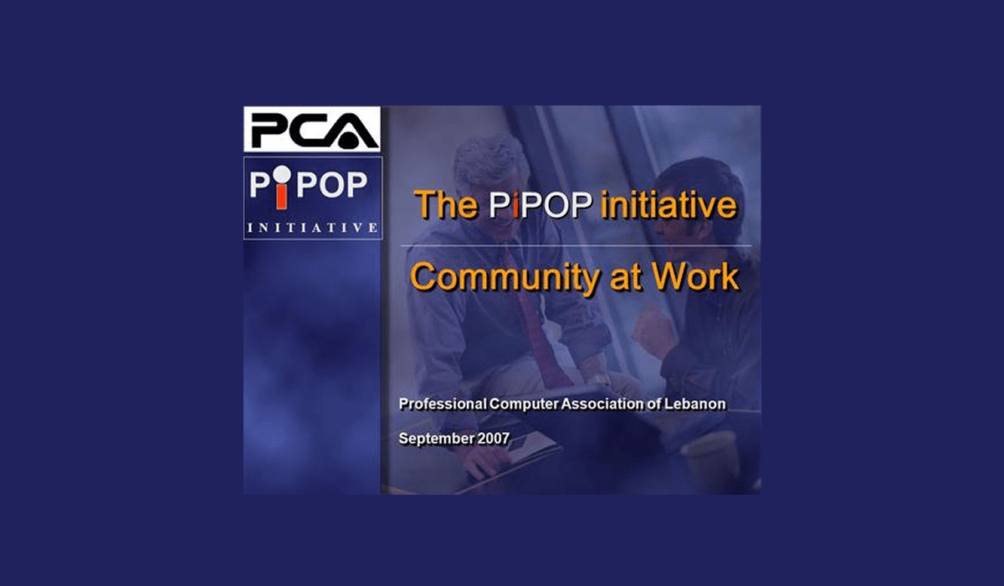 The Professional Computer Association on Monday announced its vision and business plan for this year and 2002. The plan combined perspectives for developing software industry and exports with concepts to expand internet usage and enhance community collaboration.

Central objectives of the PiPOP initiative are the spread of computer literacy and the elimination of the digital divide, said the new PCA president, Jalal Fawaz. “This is a community project. We don’t want it to be a government project.”

The PCA plans to orchestrate joint efforts of NGO’s, universities, community groups, municipalities and companies to provide affordable internet access in rural communities. Apart from defining and supervising technical specifications for participants in the initiative, the organization has budgeted the creation of a technical support center, which could easily cost $50,000, Fawaz said. The practical scope of the project and the number of internet access centers are to be determined over the next 60 days.

The PiPOP announcement came during the first press conference held by Lebanon’s largest industry association for information and communications technology companies since the PCA elected a new board of directors in February.

Moving to a new office and restructuring the PCA required around 90 days of activity before approaching the public, “to get our house in order,” Fawaz told The Daily Star. “We will continue along that pattern, and every quarter, we plan to announce something new.”

The association intends to work closely with international and regional IT groups. It also hopes to cooperate with the private sector, government, education sector, and media on the development of the IT systems

“The media should work to promote IT in Lebanon. We believe the media are important, and they are getting closer and closer to IT,” Fawaz said.

The PCA wants to keep its eyes on the national objective of establishing Lebanon as major regional ICT center. Since electing its new boards of directors and improving its organizational structure, it experienced a growth in membership numbers from 42 to 55, Fawaz said.